from Undercover by Medline 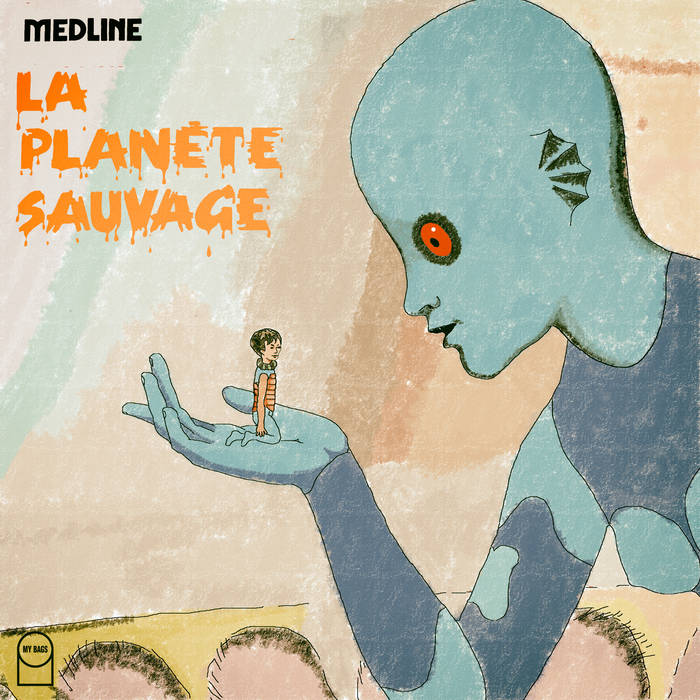 Composed by the pianist and arranger Alain Goraguer for the animated film, "La Planète Sauvage", this album became since his release year in 1973, a cult movie soundtrack.

And not only because most of the album's songs were sampled, several time by beatmakers like J Dilla, Madlib, Dj Shadow, Medaphoar or Promoe.

"La Planète Sauvage" was produced in 8-10 days, from the music writing, to the recording sessions, due the the scheduling to sell the movie. The film was already edited, and so the music fits the narrative rythm of the pictures. Mr Goraguer had to play with the living elements happening in each scene, following the events and actions, speed. It's what gives the recording its unique form.

He said in an 2013 interview, that it was a great plaisure to work on this music score. And the production is really apart of his other work for movies. Music for film was for him a place of freedom in comparison to his work for pop singers. It's maybe why this album is so particular.

The compostions are awesome, as the movie, out of boundaries and taking dimension into a deep and progressive fusion blending jazz, funk, classical and rock elements.

Medline choosed in his cover to blend three tracks to make one, as the tracks are considered like interlude, ambiant short pieces. So you will recognize parts of "Le Bracelet", "Ten Et Tiwa" and "Maquillage De Tiwa".

The cover is a reproduction of the original one made by Roland Topor, illustrator, drawer, actor, songwriter, novelist... His work for "La Planète Sauvage" received a special prize in the Cannes festival.

NOT THE NAME
NOT THE FAME
//
AMPLIFIED SOUL
//
EYE EAR MUSIC

Bandcamp Daily  your guide to the world of Bandcamp